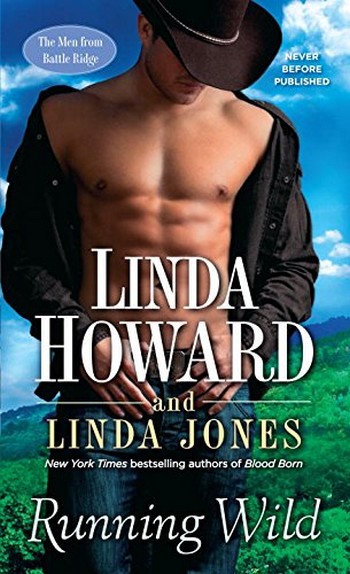 In book 1 of this steamy new contemporary Western romance series by two blockbuster authors, a cowboy and a woman on the run take a stand and fight for love.

Carlin Reed lives in fear, off the grid, moving from place to place. So Battle Ridge, Wyoming, a small town in the middle of nowhere, seems like a good place to lie low for a while. But after becoming cook and housekeeper to cattle rancher Zeke Decker, Carlin suspects that she’s made her first mistake. Rugged, sexy, and too distracting for his own good, Zeke is pure temptation mixed with something deep and primal that makes Carlin feel almost safe. Soon things are getting way too hot in the kitchen.

Zeke doesn’t challenge Carlin’s terms: cash, dead bolts, and no questions. It is easy to see that she’s a woman in trouble. Problem is, he’s so blindsided by his attraction to her he can’t think straight. Zeke tries to stay all business, no complications—but that game plan is sabotaged the second Carlin gets under his skin. And when her terrifying past follows her to the ranch, Carlin faces a heartbreaking choice: run away from the man she loves, or put him in the crosshairs of a madman.