Spoiler:
Griff pushed his hands up Dante’s back to take huge fistfuls of his glossy black mane, their teeth clicking together. Slow, wet, hungry kisses that went on and on.
Dante gave a grunt in the back of his throat, like surrender or hope, his mouth smoldering under Griff. There was no end to it. And it was like nothing he’d ever had.
The reality outstripped even his guilty, sticky dreaming. Dante’s arms around him were sturdier than he’d imagined, and more careful. Dante’s lips were softer, his hands rougher. Griff hadn’t expected the feeling of two hairy chests, two shaved faces, two work-hard bodies straining against each other right in the firehouse. And God did Dante smel sweet and strong: like figs and leather and something burning.
So different from Leslie. I didn’t know. I didn’t know. A tear ran out of his stinging eye.

Spoiler:
Somewhere, someone had told the truth, and Tommy was in deep shit. They al were, only Dante didn’t know it yet. Griff just had to keep it that way.
Fag!
“Griffin?”
Griff realized he was standing in the automatic doors holding the jacket. The air outside was freezing cold, but he didn’t seem to be able to feel anything. He put the jacket on.
Dante nodded and waited for his best friend to catch up, bumping shoulders and heading for his parking place on a side street.
Griff nodded to himself. Loving his friend was bad enough. Losing him would….
Would….
Griff choked and kept walking.
If it kiled him, he would make sure Dante didn’t find out the truth.

Spoiler:
“There are so many better ways to kil yourself.” The light from outside silvered Alek’s stern face, making him look older, his eyes paler. “You drink.”
“I drink too much. I know. I know that. Like my dad.” Griff looked at his scarred knuckles. “I only do it when I’m trying not to….”
“Love your friend?” Alek’s voice was gentle, his accent a soft, understanding burr.
The room felt suddenly stil to Griff, like even the dust had stopped dancing in the motes of cold sunlight and the wind had stopped dead outside. His heart paused. The blood stopped in his veins. The world holding its breath, holding its breath….
Until he looked up, his gray eyes startled and wet and relieved as the word escaped his mouth. “Yeah.” His heart started again.
“Mr. Muir, loving your Dante is not a bad thing. He certainly loves you… although I don’t know if he can love you in the way you wish. Or I wish, for that matter. Only he knows. You understand? Life is very rarely romantic.” Alek wiped his hands on his pants. “But if you are not going to be honest with him, you at least need to be honest with yourself.”

Spoiler:
Griff puled back so they could see each other. “Now you decide. Are you gonna stand here in the fucking halway singing opera like Loretta, or are you gonna come in with me and solve our life so we can actualy have it? Your choice.” Finaly Dante stiled and wiped his nose. He raised his eyes to Griff’s, searching them. The bastard managed a smal grin. “Did you realy watch me that many times on the site?” Blink. Blink. Al innocent vanity.
Griff groaned and smacked his head, but when they reached the photographer’s door, they were standing beside each other.
“Rent-controled.” Beth puled open the door before they could buzz. “I’m not nearly as successful as this place makes it seem. I lucked out when I broke up with my last girlfriend. You’re on time.”
She looked surprised about that. She was maybe four feet nine inches tal, definitely under five feet, and al of one hundred pounds soaking wet. Her hair was a gleaming blond knot scraped up onto the back of her head. She wore overals over a long-sleeved T-shirt, and high-tops. Her studio took up the entire floor, with windows looking out over the Bowery.
“You’re Griffin?”
“Or Griff. Hi.” Griff shifted his weight in the door, feeling clumsy and dumb.
She held out her hand, and Griff shook it. She swung her gaze over to Dante and squinted. “Boyfriend?” Huh. They hadn’t exactly discussed it; Griff wasn’t sure what he was supposed to say.
Dante was. “Yeah. That a problem?” Ful-on Brooklyn. He narrowed his eyes and ambled into the room, realy laying the Italian Stalion on thick.
She didn’t even watch him. “Not unless you’re gonna get in my fucking away. Was that you pitching the panty-tantrum in the hal?” Ruh-roh.
“We were having a conversation.”
“Sounded like a snit. I’m used to it. I work with a lot of models, so I got hot’n’cold running hysterics in this joint.” Griff caught her eye and shook his head to let her know it was okay. She didn’t agree.
Beth turned back to scold Dante. “Like you’re a rabid Dalmatian and he’s a hydrant? Macho territorial bulshit. Nothing new to me, Tonto. Why don’t you piss on him if it’l make you feel better?” Beth roled her eyes as she laid lenses in rows on the counter. “For the record, I’m not angling for your man, genius. He has the wrong parts. Hi?” She pointed at herself and crossed her eyes. “Big dyke, much?” Griff tried to defuse the twin time bombs. “Uhh, standing right here.”
Dante ignored him and stuck out his noble chin. “I just want to make sure nobody hassles him or does anything—”
“Yeah, yeah. Ooga-booga. Sit down.” Beth had his number, and she wasn’t afraid of anything. “Don’t touch anything.”

Spoiler:
“I work out at the firehouse. And I run sometimes, you know.” Griff felt weird looking down at his body like it was a suit that belonged to him.
“I don’t see a lot of guys built like you that aren’t charbroiled. Gay or straight, bodybuilders tend to gril themselves pretty regular. And they al got tattoos up the yingyang.”
Dante ran a possessive hand over Griff’s shoulders and neck, the calouses rough in exactly the right way.
Griff found himself arching into it like a massive cat. It felt nice being stroked in front of a friendly witness.
“You’re kind of a natural for body modeling. Seriously. You could clean up.” Beth walked Griff over behind a screen so he could strip down and gave him a thick navy robe that he could wear in between. “So you don’t freeze.”
She left him to shuck down and he did, feeling cold and strange in this exposed room, super aware of those windows facing the stark white paper. When he came out in the robe, she walked around him like he was a bul at an auction. His robe only reached his knees and the sleeves mid arm, which made her smile.
“You are a big one, huh? What are you, like two hundred forty? Two hundred fifty pounds?” Griff nodded. “Sorry.”
She chewed her lip and puled on one ear, muling some options. “Don’t be sorry. It’s great. I think I know what Alek wants. C’mere a sec.” Griff folowed her back across the hardwood floors to the sheet-metal kitchen and Dante’s irritated dark glare.
Beth simply ignored Dante, stepping around him to grab a bottle of olive oil. She poured it into her hands and rubbed them together like she was washing them. She came toward Griff. “Lose the robe for a sec?”
“What are you doing?” Dante stepped in front of Griff protectively, for al the world like he was going to wrestle the little lesbian to the ground.
“I’m not gonna molest your boyfriend. Back down, genius!” She showed her slick palms. “The muscle wil look better under oil. Breaks the light. And he’s so fair we need al the contrast we can get.”
“Fuck that. I’l do it.” Dante scooped up the olive oil bottle and lathered his hands with it, annoyed. Stepping close to Griff, he spoke in a near whisper. “This okay?”
“Sure.” Griff nodded. “I’m not gonna break, Dante. It’s for us. They’re just pictures.” Dante grimaced and whispered, “I know. Sorry, G. I fucking hate this.”
Beth laughed and moved away, wiping her hands on the towel over her shoulder. “’S’better anyway. He’l let you be more thorough than me. Be sure and find the nooks and crannies. Maybe it’l calm you both down.”
Dante put his warm hands on Griff’s colarbone and smoothed a sheen of olive oil over his shoulders, around across the top of his back, down his heavy arms to his hands.

“You’re a good man, Griffin Muir.” She patted his forearm. Her tiny hands were stronger than they looked. “No one deserves to be punished for loving with an open heart.” 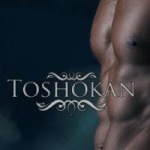 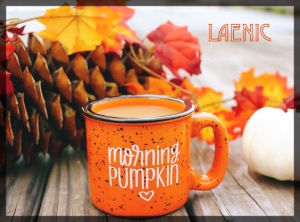 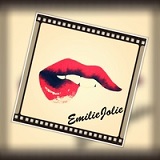 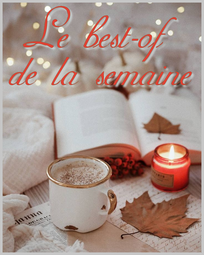