She hopes to gain his affections

For Miss Elizabeth Smith, sharing her first kiss with the charming Lord Derek Creswell is nothing short of a dream come true...that is, until she is spotted by one of the most influential gossips of the ton. With scandal nipping at her heels, to avoid total social ruin, Elizabeth must present a fiancé by the end of the Season. But when the viscount proves reluctant, Elizabeth is forced to employ a seduction of a different sort...

He is determined to ruin her

Viscount Derek Creswell believes Elizabeth set out to trap him into marriage. After all, her sister attempted the very same thing with his brother six years before. Now the delectable Miss Smith expects a betrothal and a ring, while Derek finds her ruination infinitely more appealing...

But as Derek sets out to seduce only her body, Elizabeth is intent on claiming his jaded heart.

Tome 1: Duel ardent
Tome 2: A Taste of Desire
Tome 3: An Heir of Deception 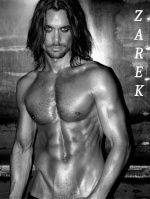